Japanese release by Avalon/Marquee of 21st studio album from YES. Releases to follow in the rest of the world through Frontiers Records. “Fly From Here” features songs written by Geoff Downes with Trevor Horn and Chris Squire.. 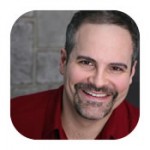 We are delighted to announce the signing of U.S. based songwriter Vinny Vero. With three No 1 albums, 5 top 10 singles and numerous international releases behind him we are looking forward to many more.

Warner Music release of “A Song in My Heart” the new album from opera singer Wynne Evans containing seven co-arrangements by Nicholas Dodd, Nick Patrick and Wynne himself.

Promotional single “Two Wrongs” by Paul Young released to the media in Europe, written by Paul with Alistair Gordon.

Promotional single “Your Shoes” by Paul Young (Sad Café/Mike & the Mechanics) released to the media in the UK, written by Paul with Mike Rutherford.

“Higher” from the Saturdays feat Flo-Rida peaks at No 10 in the UK singles chart.

The new single from Shontelle is released in the UK. “Impossible” is co-written, with Ina Wroldsen, and produced by Arnthor Birgisson.

Digital release of the upcoming single “Higher” from The Saturdays.

The new album “Headlines” from The Saturdays is released including “Higher”. The track is co-written, with Ina Wroldsen, and produced by Arnthor Birgisson

The new album from rock legends ASIA is released by King Records in Japan and by Frontiers Records for the rest of the World. Entitled “Omega”, this second comeback release from the original line-up features songs by John Wetton & Geoff Downes, represented by Willow Songs.

Sees the UK release of the international version of the PS3 and Xbox360 game “Final Fantasy XIII” featuring “My Hands” by Leona Lewis as the theme song. The track is co-written, with Ina Wroldsen, and produced by Arnthor Birgisson

We are delighted to announce the signing of Sandy Newman, through his own Copenstar Music. The lead singer of Marmalade, Sandy is currently finalising a solo album due for release in March.

The second single from the Leona Lewis album “Echo” is released. “I Got You” is co-written by Arnthor Birgisson with Savan Kotecha & Max Martin, with production credits also going to Arnthor.

Release of the Leona Lewis album “Echo” on Sony Music containing the songs “I Got You” and “My Hands” co-written and produced by Arnthor Birgisson. Willow Songs represents the publishing interests of Arnthor Birgisson in the UK on behalf of Aristotracks in Stockholm.

“Whose Skin Are You Under Now”, the 3rd Radio Silence studio album, released on Escape Music and co-produced by Martin Kronlund. Eleven of the twelve songs, written or co-written by Alistair Gordon, are represented by Willow Songs on behalf of ABC Music Publishing.

Following a short tour of dates in Japan, Holland and the UK, the third album in the Wetton Downes Icon series “Icon 3” from the legendary John Wetton and Geoff Downes is released on Frontiers Records.

The Ultimate Collection Special Edition from Russell Watson issued by Decca Records, including three songs administered by Willow Songs. Firstly the Nicholas Dodd shares of arrangements made with Nick Patrick of “O Sole Mio” and “Va Pensiero” on behalf of Robin Song Music (UK) and the Alistair Gordon and Gary Mahoney shares of “Someone Like You”, the duet with Faye Tozer, on behalf of ABC Music Publishing

Having toured the world since the summer of 2006 the reformed original line up of John Wetton, Geoff Downes, Steve Howe and Carl Palmer sees the much anticipated release of their Asia reunion album by Frontiers Records. The appropriately titled “Phoenix” heavily features the song-writing talents of John Wetton and Geoff Downes.