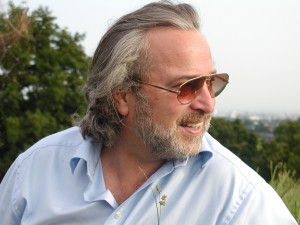 Nicholas Dodd is regarded as one of the leading conductors and orchestrators of Hollywood film music. After graduating from the Royal College of Music in composition and orchestration, Nicholas first acted as a music producer, owning a recording studio in London and it was in those early days that he met composer David Arnold, a fateful encounter. They first worked together on the British movie THE YOUNG AMERICANS (1993), followed immediately by the major success STARGATE, which took the duo to Hollywood.

Dodd’s feature film credit list is now an extensive one, including INDEPENDENCE DAY, GODZILLA, LETHAL WEAPON 4, THE MUMMY, SHAFT, THE STEPFORD WIVES, SAHARA, HOT FUZZ, INKHEART, THE TIME TRAVELLER’S WIFE, AVATAR, MADE IN DAGENHAM, THE CHRONICLES OF NARNIA: THE VOYAGE OF THE DAWN TREADER, PAUL, MONEYBALL and WRATH OF THE TITANS.

Furthermore, alongside composer David Arnold, Nicholas has orchestrated and conducted the following JAMES BOND soundtracks: TOMORROW NEVER DIES, THE WORLD IS NOT ENOUGH, DIE ANOTHER DAY, CASINO ROYALE and QUANTUM OF SOLACE.

2006 and 2007 saw him lending his experienced hand to composing with the scores to RENAISSANCE, a sci-fi thriller set in Paris 2054, and to the Grammy nominated TREASURE ISLAND, directed by Alain Berberan.