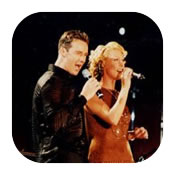 ABC Music Publishing is owned by writer/producer Alistair Gordon who has been working in the music industry for 30 years.

Songs in the ABC Music Publishing catalogue include the Top 10 UK hit “Someone Like You” recorded by Russell Watson with Faye Tozer (from Steps), the title track to the children’s animated feature film “Lost in the Snow” performed by Russell Watson, “Whatever It Takes” by Sad Café and songs recorded by Jon Christos, Andrea Lesley and three albums from Alistair’s solo project, Radio Silence, whose latest album “Whose Skin Are You Under Now?” was released in 2009.